This article is based on freely available information. The data that served as the basis for the creation of this article comes from professional articles, trade magazines or websites as well as blog posts. Cbuy.ch is not authorized to make promises of healing and/or efficacy that are related to CBD or other cannabinoids. If you have any questions or other concerns, please contact the Customer-Care Center of cbuy.ch via e-mail [email protected].

Fibromyalgia syndrome (FMS) is a mysterious rheumatic disease. Affected persons complain about diffuse chronic muscle pain near the joint (but not in the joint itself) and about exhaustion, sleep disorders, depression and a myriad of other complaints. There are no symptoms that clearly indicate the disease. Therefore, fibromyalgia is often diagnosed with the help of a complex exclusion procedure. It can take 5-10 years from the time of the first symptoms to a definitive diagnosis – a period of time that is often painful for sufferers and marked by uncertainty (https://www.rheumaliga.ch/rheuma-von-a-z/fibromyalgie).

There are no figures on the frequency of fibromyalgia. Estimates assume about 0.5% to 5% of the population. In Switzerland one speaks therefore of 40’000 to 400’000 affected persons.

Fibromyalgia is still considered incurable. For this reason, scientists and researchers have been working flat out for some time to find an effective antidote. In the course of this research, the first studies have been published in recent years, which have examined the treatment of fibromyalgia with cannabinoids such as cannabidiol (CBD) and medical cannabis in more detail.

Fibromyalgia in science
To date, detailed scientific studies on the effectiveness of CBD in alleviating symptoms of fibromyalgia are still lacking. In the following, cbuy.ch therefore presents the few promising scientific approaches:

Endocannabinoids: Initial findings suggest that endocannabinoids may have a beneficial effect on the anti-inflammatory process in fibromyalgia patients, as they consist of lipid precursors. Lipids are natural substances occurring in living organisms, which are mainly used as structural components in cell membranes, as energy stores or as signal molecules. These then release cannabinoid receptors with the help of neurotransmitters or immune cells, so that they can activate neighbouring cells and exert their anti-inflammatory effect.

Lipo-amino acids: lipo-amino acids, an endogenous subfamily of the eicosanoids, are structurally and metabolically related to the endocannabinoids and have similar anti-inflammatory and analgesic properties. However, their efficacy in relation to fibromyalgic symptoms has yet to be thoroughly investigated scientifically.

Very briefly:
In summary, research into the treatment of fibromyalgia with cannabinoids is making progress and has already produced some initial findings. Endocannabinoids and lipo-amino acids seem to be particularly promising for further investigations. Both have anti-inflammatory and analgesic characteristics due to their structural make-up – properties that play a central role in the treatment of fibromyalgia.

These articles may also interest you:

Healthy baking with hemp - part 2
Hemp has been used in a wide variety of cultures for thousands of years as a healthy and nutrient-rich food. 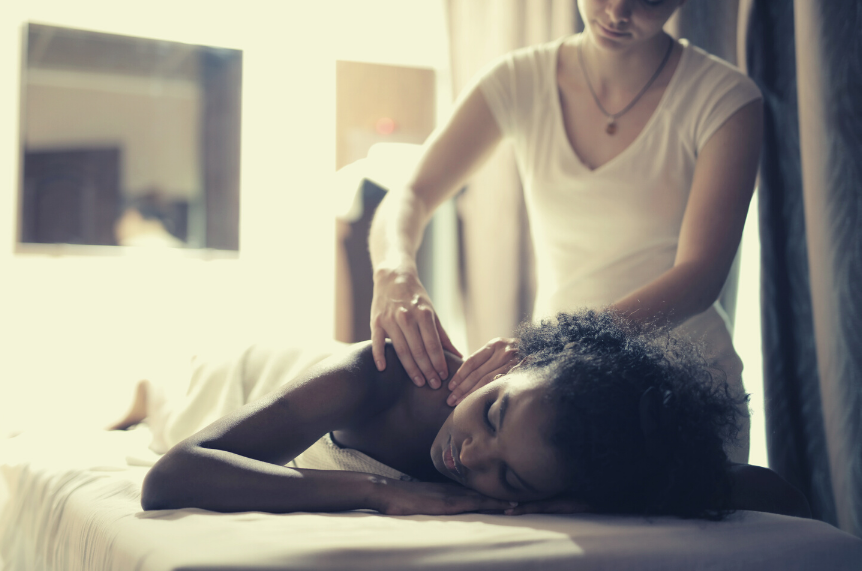 CBD for relaxing back massages
Massages are among the oldest known medical treatments for back or neck pain.